Duke's Elite Futures has been Rebranded and

DUKE'S ELITE HELM will now be under the Duke's Lacrosse Club Home and it's Master Website of www.thedukeslacrosse.com.

Contact Coach Ebe Helm via email of Dukeslaxx13@aol.com or Phone 610-259-0831 to Learn more about this Program. Duke's LC is Proud to announce their NEW Partner and Sponsor: INTO Prep.

Like Duke's LC, they Strive to place Students and Athletes in the School of their Dreams and value INTEGRITY, RESPECT, and PERFORMANCE.

Visit their Page Located in the RECRUITING INITIATIVES TAB or go directly to Their Website at https://intoprep.net/about-us/. 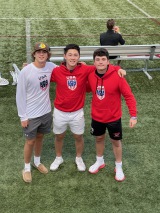 Congrats to Nik Leahan (left), Mark Cheng (middle), and Matt Barraco (right) for being Chosen to Join the 2021 U18 USA Select Team! 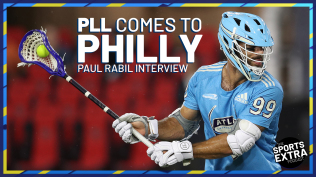 "Philly and PA Lacrosse is HUGE ... I'll give a shoutout to a program called Duke's Lacrosse ... they just pump out Division 1 Talent and a lot of the talent that emerges from PA plays in the PLL"

Annual Ricky Whelan Clinics are back, Sign up Today!

The Duke's Annual Ricky Whelan Clinics have been a part of Duke's Lacrosse and Philadelphia Youth Lacrosse Culture for over 15 years, helping Young Players Learn From and Compete Against the Best in the Region. Session #1 will be September 19th, with Session #2 taking place on October 17th. Current Duke's players and Potential Duke's player's are Encouraged to come out and Compete, so sign up today by visiting the links below.

Q : Do you plan on Replacing what was the Duke's National's Program?

A : Great question. We are Excited to Announce that the Previous Duke's National Entity has been REPLACED by THE PREMIER NATIONAL ALLIANCE. With this Remaking of the Duke's National Program, we feel that we've gotten back to the Roots of the Duke's Lacrosse Club which stands for Respectability, a Foundation of Integrity, Honesty, Trust and Reliability that it has Always stood for.

Q : Does the New Duke's Nationals Program with the Premier National Alliance Cover all Age Groups?

Q : If this Duke's National's Regional Program was Terminated, can you be more Specific about why and what the Problems were that you Encountered to force this Termination?

A : Where do I start. Let me be brief and just respond to the specifics of so many of your phone calls, emails, Blogs and the many Complaints from Events, Tournaments, Hotels, Many, many Vendors; Facility's, College Coaches, Other Club Coaches and Programs; Duke's Coaches and most Importantly Player's and Parents.
It frankly just became to Difficult to Explain and Navigate thru these Inconsistencies and Complaints that demanded Responsible Replies and Answers to all these Entities.

Additionally, with the Failure to Respond to a Primary Mandate; the lack of Respect for the History of who Duke's Lacrosse Club is and what it Represents just could No longer be Overlooked, Ignored or Compromised .

Bottom line, Our Integrity as a Program was at stake and having to Continuously Field all of these Complaints about a Total lack of Transparency; a Total Lack of Effective Communications; Ongoing Money Issues and so much more that so many of you Commented on simply didnt allow us to Continue with this Duke's National's Program under the Duke's Lacrosse Club's Name.

Q : How can the Previous Duke's National's People Continue to Use your Name?

A : We will defer to our Attorney's who have Filed a "Cease and Desist" Order on that Issue. We expect this to be resolved amicably but if not then expect the next step will be an Injunction and Multi Court Filings seeking Damages and a Formal Remedy. But again, that will be something our Attorney's handle.

Q : Can Players and Family's contact you or the Duke's Lacrosse Club Program to see where they may Fit within your Duke's Programs?

A : Definitely YES. Feel free to Email me @ dukeslaxx13@aol.com or call me on my cell phone number of 610-247-5253 and we will review options for you to remain in or join one of our Duke's Lacrosse Club Programs.

Duke's Lacrosse Club Announces they have Discontinued their Relationship with Mr. Lou Gonzalez and Eliminated the Duke's National's Program as it Currently Exists Under the Duke's Umbrella of Programs.

Said Duke's President, Ebe Helm ; " Duke's Lacrosse Club is Appreciative of the Efforts of Mr. Gonzalez and wishes him well in his Future Endeavors as a Non Duke's Entity".
Helm Continued, "Duke's LC will Continue it's Primary Mission Statement of Developing Young Men and having them Use Lacrosse as a Vehicle to a College Education.
Helm added, "Look for an Exciting Special Announcement about Additions/Changes to the Duke's Lacrosse Club's Structure and Programs in the near Future ".